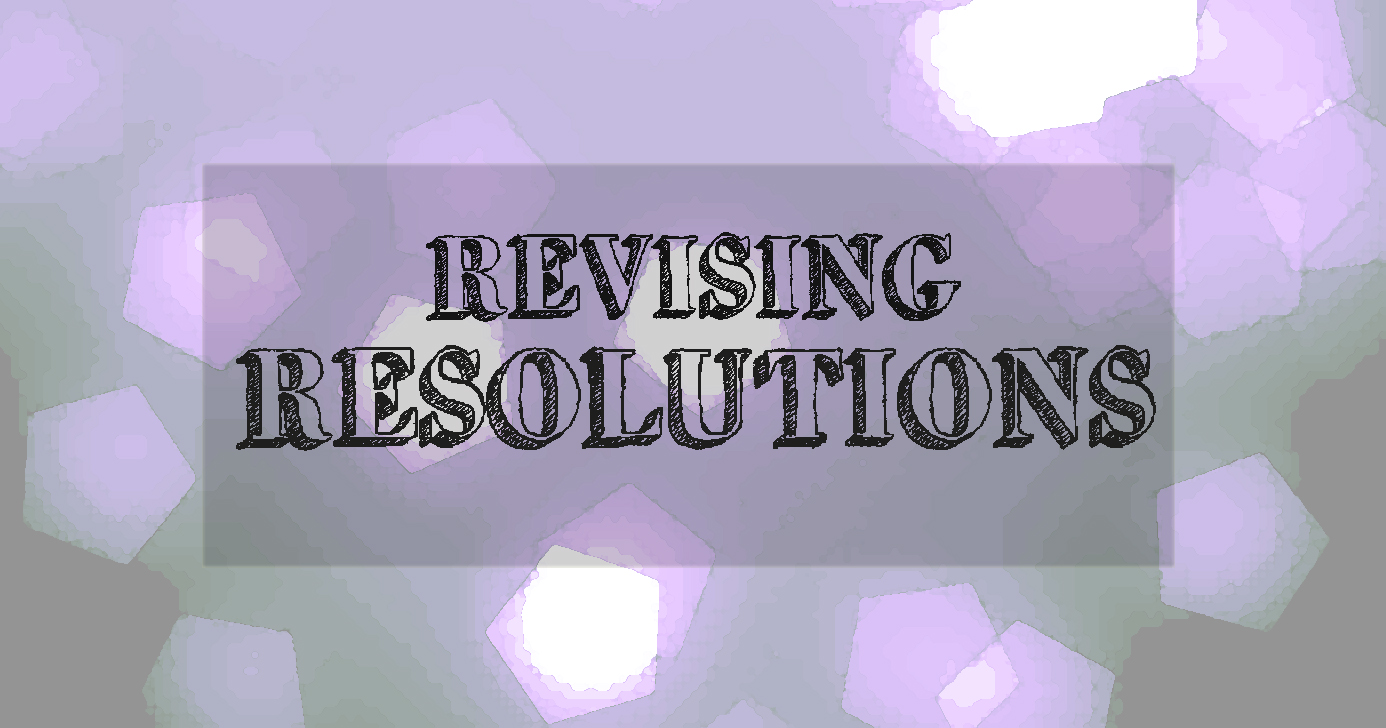 I used to be a pretty bad resolution-maker.

Really, it was because I almost never made them. I don’t tend to make resolutions at the beginning of the year, because I’ll set and achieve goals continuously, throughout the year, throughout my life.

But while I was living abroad in Chile with one of my best friends, she had taken a look at some of my new year’s resolutions and scolded me for them.

“They’re too vague,” she told me, shaking head her. “You can’t just say you want to lose weight, or get better at blogging. You have to quantify it.”

Her comment rustled my feathers a bit. I didn’t even make resolutions that often, and told her so. But the more I thought about her comment, the more I saw her point.

That year, my goals were essentially “Keep doing yoga”, “write more” and “get better at blogging”. But what is ‘more’ writing? How can I measure my improvement at blogging? Where are the standards for my yoga practice in the first place?

Does “keep practicing yoga” include learning both the opening AND closing mantras…or something else? How can I know with such unspecific goals?

I don’t think I modified my resolutions that year–I more just side-eyed her and went about my way. But the following year, in early 2015, I stumbled across a writing resource that encouraged writers to dream big, and to write that shit down. The sky’s the limit, and all that.

So I did a few exercises, where I wrote down my goals and, for the first time, quantified them in a very specific way, with my friend Leslie’s voice ringing in my head from the year before. Instead of writing Grow my twitter presence as I might have previously, I wrote down Gain 300 followers. That was a meaningful and targeted measure of growth. Instead of making the goal of Write more, I made it much more specific: Publish two short stories. And on, and on.

Doing that exercise early last year felt really good. Instead of feeling the weight of an open-ended goal, the brightness of infinity shining back at me, quantifying goals allows for a light at the end of the tunnel. It’s directed. It’s got an end in sight. And therefore, it feels more achievable. If I picked “lose weight” as my goal, that can mean anything from 1 lb to 50 lbs. But if I pick “lose 10 lbs”? That gives me a framework, an end goal, a marker for achievement.

A few days ago, when the calendar turned from 15 to 16, I sat down in my office and went through my 2015 day planner. It felt momentous and exciting to be changing to my new, red day planner. The year ahead, full of blank pages and exciting possibilities, while I laid to rest my sky blue day planner with all of it’s triumphs and challenges.

One of the things I found in that sky blue day planner of 2015 was that list of goals from last year. In skimming my specific and meaningful goals, I found that I had accomplished at least half of them. And that felt pretty good!

It reminded me I should do the same this year. Meaningful goals, specific plans, quantified. So I carried over a few goals from last year that still make sense; amplified some others that were achieved already but have room to grow even larger in the future; and launched a rocket for a couple other things, because the sky’s the limit.

And this time, the list of specific goals is hiding in plain sight, pinned to my cork board in my office, so I can’t lose it under my nose like I did last year by sticking it in the front of my day planner (a hiding place so obvious and logical that it hurts).

So what’s on deck for 2016 for Ember? Among other things: finishing two more novels, publishing three short stories, and signing with my dream publisher. The sky is the limit. I’m gonna push myself upward and onward until I make it!

What about you guys? What are your goals for this year, and do you take the time to attach quantities? Does quantifying help or hurt your direction?