When We’re Stuck in Non-Places… 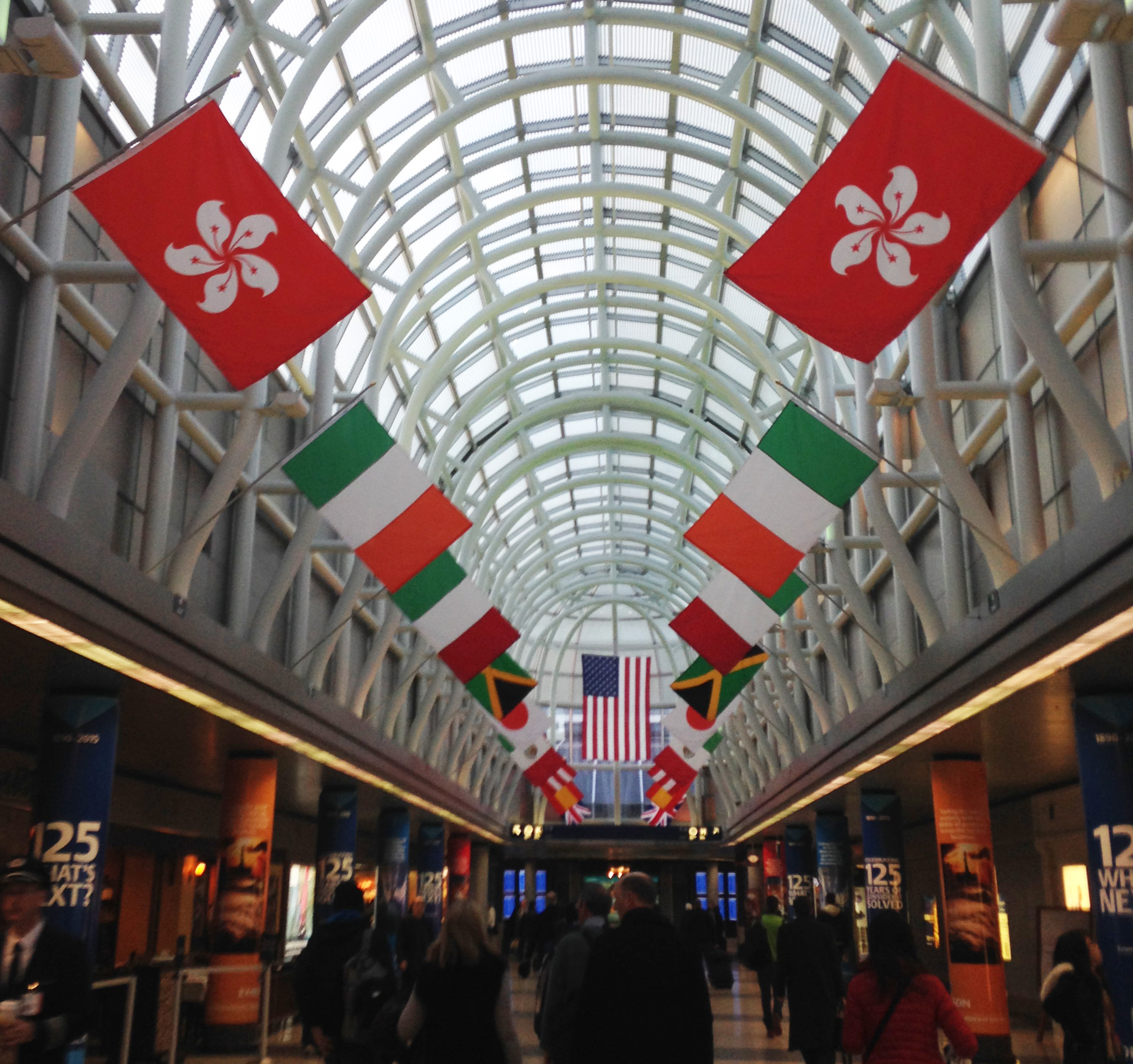 Airports are classified as non-places, according to Marc Auge, a French anthropologist. His premise is as follows (pasted from Wikipedia):

Marc Auge coined the phrase “non-place” to refer to anthropological spaces of transience that do not hold enough significance to be regarded as “places”. Examples of a non-place would be a motorway, a hotel room, an airport or a supermarket.

These non-places are all frighteningly similar, no matter where you go. The airport in New Delhi this week was almost indistinguishable from certain parts of Zurich airport, which looked damn similar to certain parts of Chicago O’Hare. Yet the worlds surrounding these non-places — Indian culture, Swiss culture, American culture — could not be more different from each other in terms of languages, cultural norms, city planning, histories, etc.

Despite being non-places, airports are an intense microcosm of humanity. Ironic, isn’t it? The very location known for its sameness would also give birth to the most fantastic display of diversity and variety as people from literally every corner of the world shuffle through for minutes or hours.

It’s here that I love to sit and watch. To catch the lilting notes of foreign tongues, the swishing dresses of the Far East, the exotic turbans, the familiar facial construct of my Midwestern brethren, the nasal twang of English, the awkward line-waiting as different cultures collide, the knowing glances of others who are content to sit and observe and take it all in without question.

I love the trailing giggles that follow the school or gymnast group as they travel from their hometown to competitions far away, the bright t-shirts and the neat ponytails and the classic American smiles. I love the furtive glances at the too-handsome businessmen, wondering where they’re going, where they’ve come from, if maybe a swanky loft apartment awaits them in a big city. I love guessing Country of Origin, I love the similar noses of the geographical regions in question, I love the way that a smile directed at anyone from any place in the entire world will elicit a smile in return.

I love the outskirts of these non-places, the perimeters that skim the chaff and turn up the real fringe of travelers: the artists, the musicians, the long-term wanderers who haven’t slept in a bed for days or maybe weeks, the frazzled grad student who just wants to lay down and charge her phone, the weary airport workers who abscond to the edges for ten or twenty minutes of television time.

Airports are non-places, their blinding sameness dotting the crust of our earth like tiny anchors of neutrality throughout a world in constant physical and cultural flux. And in these non-places, we find the glittering embers of humanity stuffed and smushed and burning bright and against the beige backdrops of ORD, DEL, LIM, DFT, MIA. Mere slices of human life, caught at a glance, overheard during a phone call, not at all representing the sheer quantity of lives and cultures and histories that rise and swell into a cacophony of characters and…well…story fodder.

There is no better place for character study than a non-place.