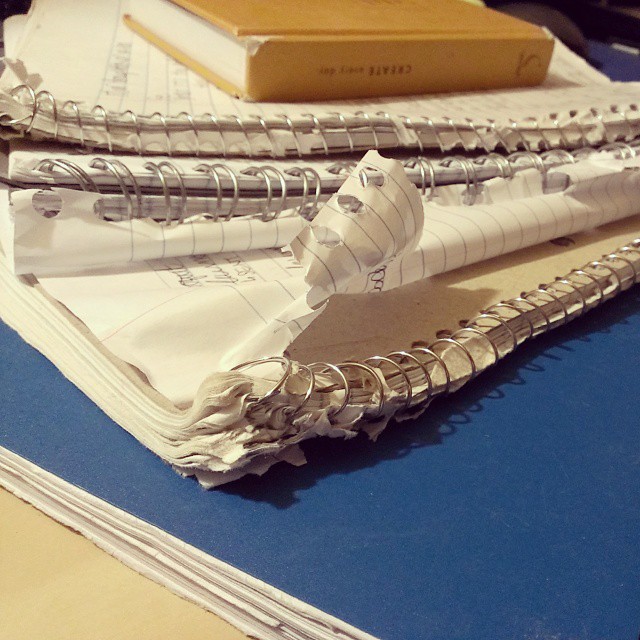 WriMo Writer’s Confess is a collaborative blog project dedicated to venting, discussing, and all manner of respectful complaining about the challenges introduced by writing a novel in a MONTH.

For those unfamiliar with NaNoWriMo, here’s the rundown:

National Novel Writing Month organizes events where children and adults find the inspiration, encouragement, and structure they need to achieve their creative potential. Our programs are web-enabled challenges with vibrant real-world components, designed to foster self-expression while building community on local and global levels.

In other words, you write 50,000 words in a month, and if you finish the novel, HURRAY, you’ve won! This is roughly 1,600 words per day, which seems easy enough, right?

Depends. This WriMo Writers Confess Series is here to highlight those frustrating aspects of writing anywhere from zero to thousands of words in a day, for thirty days.

I’ll admit, I’ve been signed up for NaNoWriMo since 2009 and only participated twice. The first time being in 2009, the second time being this year.

Why so many years between attempts? I’ll tell you why — because of the infuriating hot mess.

I’m a writer who is by nature an aspiring perfectionist. Like basically all writers, I’d say. And because of this character flaw, any sort of meandering, aimless, unsure project initiation is, by definition, a harrowing experience for me.

You see that definition of NaNo up above? Here’s what it reads to me when I see it:

National Novel Writing Month organizes events where children and adults find the frustration, confusion and despair they need to scrap whatever project they’ve attempted to begin. Our programs are web-enabled challenges with vibrant real-world components, designed to foster self-expression but really just leave perfectionist writers in crumbling heaps of self-criticism and rage.

Most of these negative feelings come about because of the infuriating hot mess, which is a phenomenon so harrowing and frustrating that it usually inspires me to not begin NaNoWriMo. The infurating hot mess includes all of the following:

As of right now, I’m suffering from the Scarce Plot Line phenomenon with my NaNo project. I am experiencing an inordinate amount of exploratory writing, because I have no idea where this novel is going.

But that’s exactly what NaNoWriMo is about. It’s about forcing writer’s out of their comfort zone, into infuriating hot messes, so that they can get to the root of what storytelling is actually about: writing and finding your story.

I know that all of these negative reactions and resistance and reluctance are signs that I’m breaking through something inside of myself. I’m keeping at it, chipping away at whatever the barrier might be in there — perfectionism, procrastination, etc — and working at becoming a better writer.

So this is my confession. The infuriating hot mess is irritating, difficult, exasperating, and motivation-draining. But it is a part of the process, and I will emerge on the other side a stronger writer, with better habits, and more refined skills for whipping my works in process into a coherent state, somewhere down the road.

Next week, we’ll hear from E. Prybylski, the Editorial Director of Insomnia Publishing, about hitting brick walls and why it doesn’t mean your project is doomed.